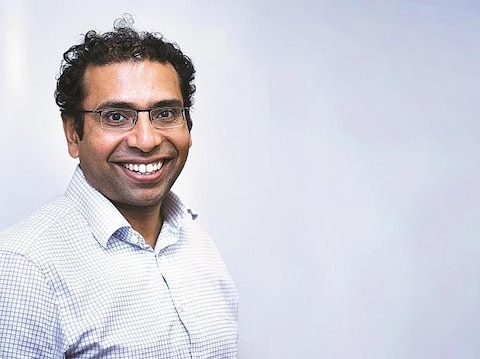 Shares of ICICI Bank continued to rally and has been trading near its record high level of ₹913 apiece, that it had it in the previous session on the BSE. The banking stock has been in upward trend in the last few sessions and is up about 30% in the last six months as compared to over 6% rise in benchmark Sensex.

ICICI Bank has been reporting a robust performance, led by a strong core PPOP, controlled provisions, and steady asset quality. A healthy mix of a high yielding portfolio (Retail/Business Banking) and a low-cost liability franchise is aiding margin expansion, as per brokerages.

ICICI Bank’s annual report reaffirmed the view that the private bank is progressing well in its endeavor to strengthen its Balance Sheet, with a strong focus on the Retail franchise, as per analysts.

Well-known money manager Saurabh Mukherjea is the Founder and Chief Investment Officer (CIO) of Marcellus Investment Managers. In his recent TV interactions, he said that Marcellus’ wealth management team has built positions in ICICI Bank over the last few months.

Marcellus’ factsheet for August showed that it also has top holdings in other banking stocks like Kotak Mahindra Bank, HDFC Bank and financials Bajaj Finance and ICICI Lombard. It expects that in coming future, competition will reduce for well-funded lenders and their loan book growth will accelerate because of their best quality liabilities franchise, their NPA ratios will fall materially, and NIMs will expand as these lenders will be able to pick and choose borrowers.